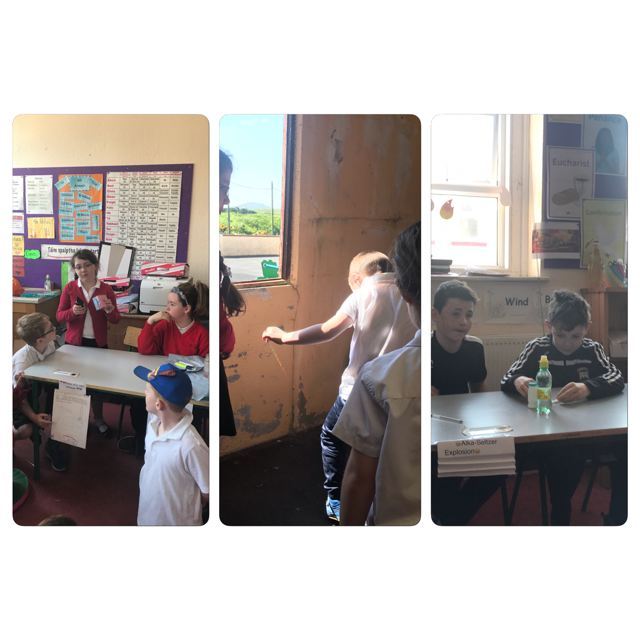 Today we had a science fair. We asked the parents to come in and watch us do our science experiments. Some of us went in groups of two. I went with Jack and our experiment was called an ‘Alka-Seltzer Explosion’.

All of are experiments went great.

The two best that I would pick is the Alka-Seltzer Explosion and the Volcano from Patrick and Laoise.

We had a good day then we had a surprise at the end of the day. The teacher made sure we all were in the classroom. And it was aaaaaaaa………robot made from Lego.

And that finished the day  with playing with the robots so are day was good.
➡️️By Liam 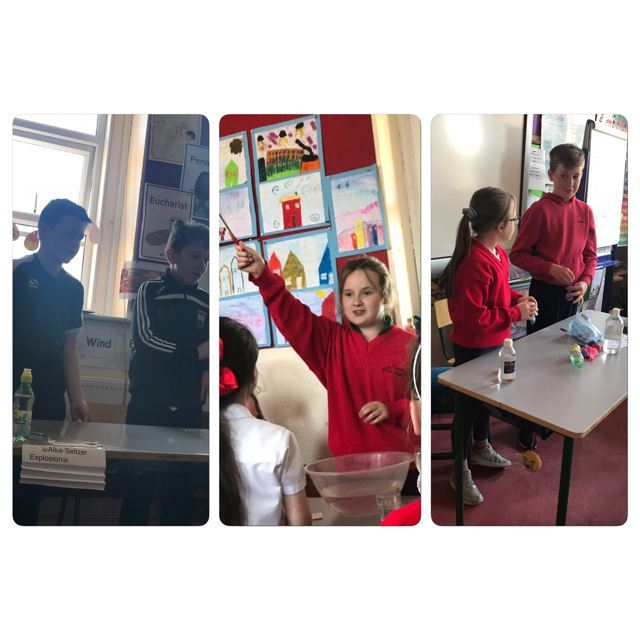 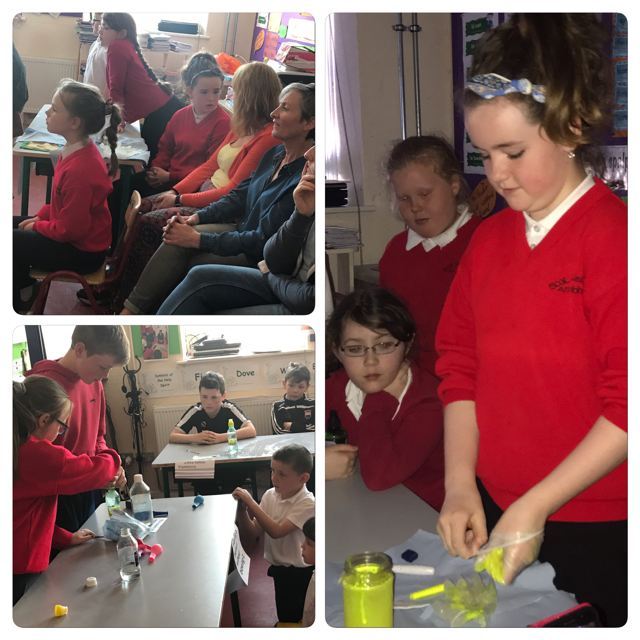 Today we had a Science fair. I did the ‘Glow-in-the-dark-water’ to make the water glow. I got a glass of water. Then I snapped open a #

highlighter and inside there is a sponge filled with ink. I squeezed all the ink in to the water.

Then I held an ultraviolet light over the cup and the water glowed very eerily and you could see all the chemicals. It was amazing!

Today we had a lot of expirements going on in our classroom. We had so much fun doing them.

I was the fourth one to do our expirement. John and I did the Inflating balloon. We did it once but then it didn’t really work but then we did it a second time and it worked perfectly.

We worked really hard on this through the week and everybody worked hard aswell.
Science Fair was really fun. I really enjoyed it! 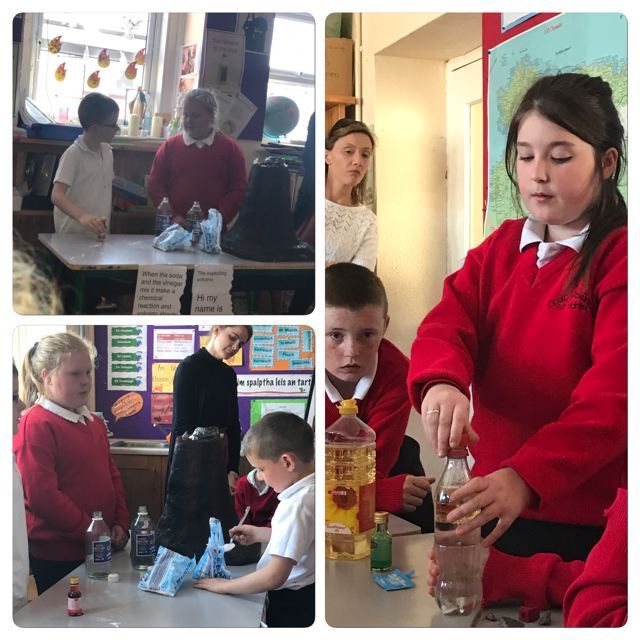 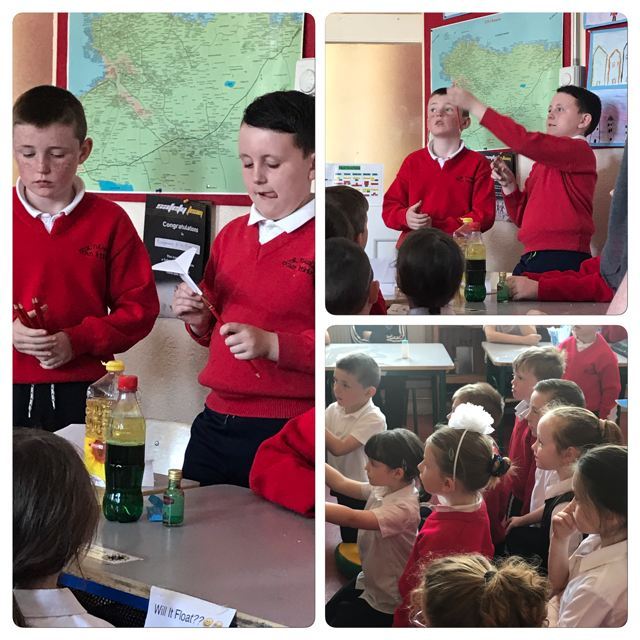