Today Sister Patricia and her colleague Ashling came in and payed a visit. They came in and told us more about God and the earth.

First we watched a little video. It was a letter from Pope Francis. It was all about how to keep the earth nice and tidy. We learned not to cut down trees and  not to throw rubbish on the ground and to do good  things like put the rubbish in the bin and turn off the lights.

After that we went in to the middle room. There in the center of the floor was a sculpture of two hands touching and little tile things lying around it. The colors were red, yellow and green. The green ones had animals on them the red ones were blank and the yellow ones had people on them. We would have to put them all together and then separate them into groups.

Then Sr. Patricia told Shauna to pull up the big bag. Under the bag there was a bare tree with no leaves at all on it.

Then we found more and more things Liam found a little chest with English penny’s in it and some play money. We gathered everything around the touching hands and it was beautiful.

Then at the end we lit a candle and said a little prayer. I really enjoyed their visit.

The End
from Róisín’s blog.😄😋 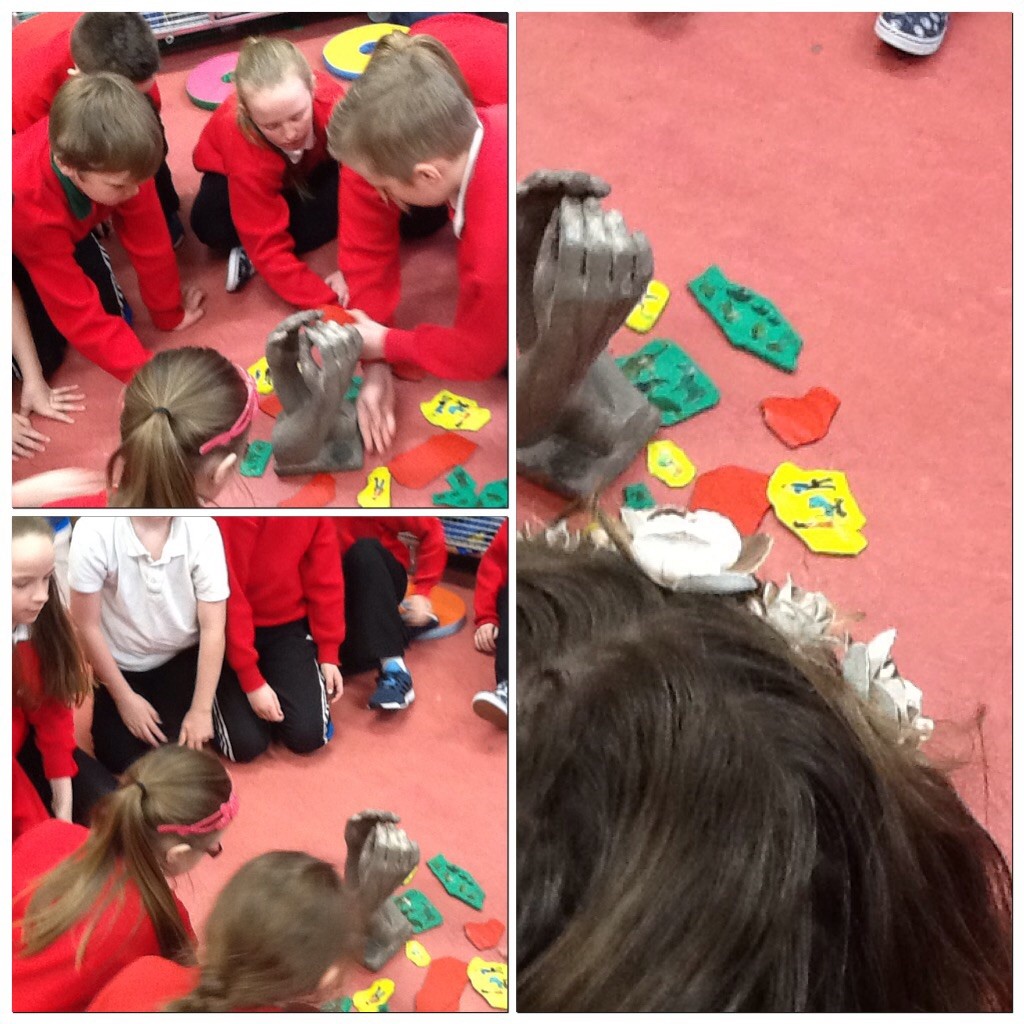 ☀️⭐️❄️Today Sister Patricia came to our school with  her colleague Ashling. They showed us a model of two hands. There were tiles around it. There were  red for God’s love in  a 🔥 light, green tiles with animals them  🐱🐹🐯🐸🐴🐥🐢 and yellow for people 👩👴👵👨👧👶.

At they end we said a prayer to God . 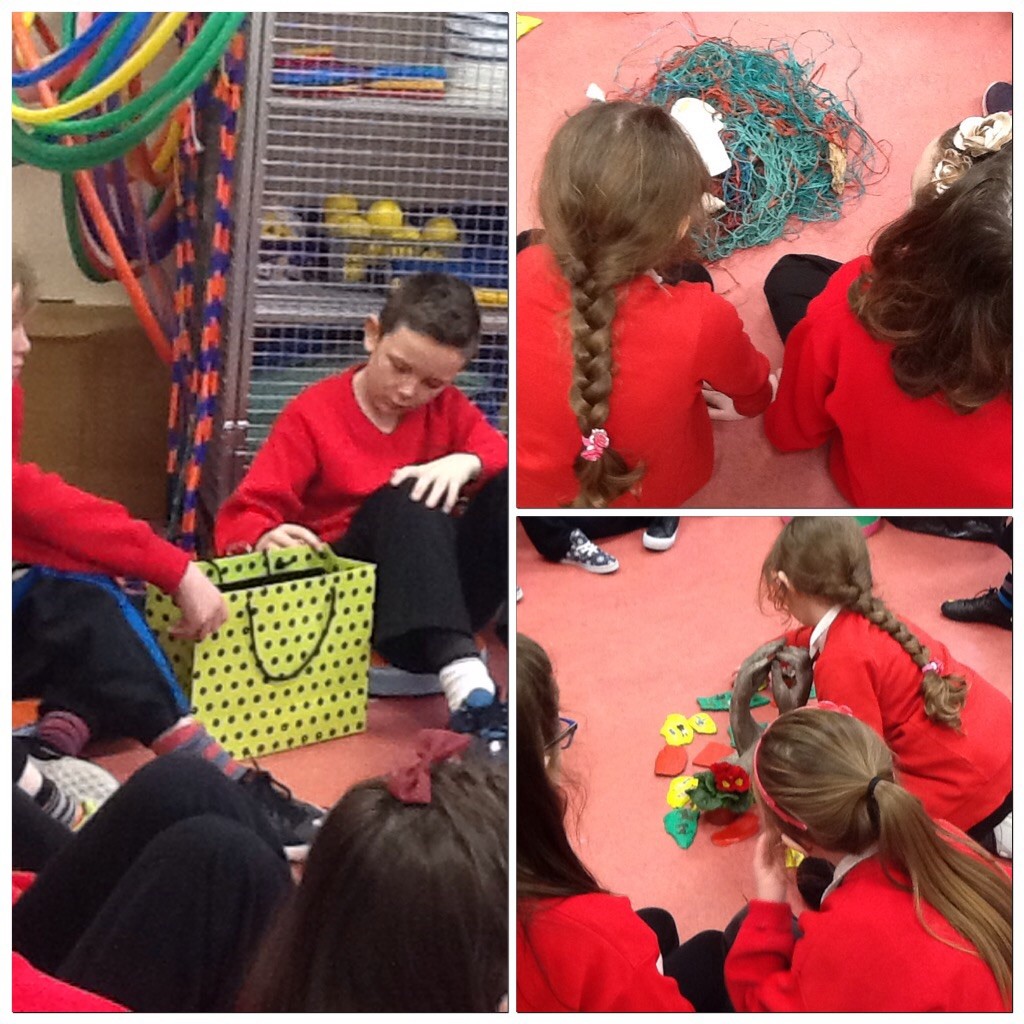 Today Sr. Patricia and Aisling came to visit my school. They showed us a video called Laudato Sí. It was a message from our Pope Francis. It was about our planet, Earth. It showed the beautiful flowers,trees, animals… But then it showed what the world will be if we don’t stop polluting it. A world with rubbish everywhere freezing and boiling weather.

This is called ‘global warming ‘. We need to help the people in the future. As, the people of tomorrow or next week or next century, will have to deal with what some people of the world have done.
The world is God’s hands and we are in them so try to do what you can and stop the earth from becoming a huge lifeless dull planet.