Yesterday Declan the scientist came to our school. He showed us some cool things: he rolled a can on the floor and it came back all the way back to him.

After we tried to guess what happened and nobody got it right.

Then he came into our room and made a slingshot out of lollipop sticks. All of our class had a competition with 7 people v 7. The yellows went first then red and the yellows won. I was on the yellow team and the second round the reds won.

I enjoyed the day I hope Declan comes back again another day.

Yesterday we had a visitor come to our school.

His name was Declan. He is a scientist.

He comes to our school once every year to do some science and engineering with us.

The first experiment he did was the can that would that would always roll back to you.

The second one was the mirror that makes you look like you’re upside down.

My favourite experiment was the glasses that make you look purple.

After the show he came down to our classroom and made catapults with us.

That is my favourite part of him coming every year by far. I hope that he will come next year. He said before he left that he is hoping to make a phone that can turn into anything.

The end by Hannah 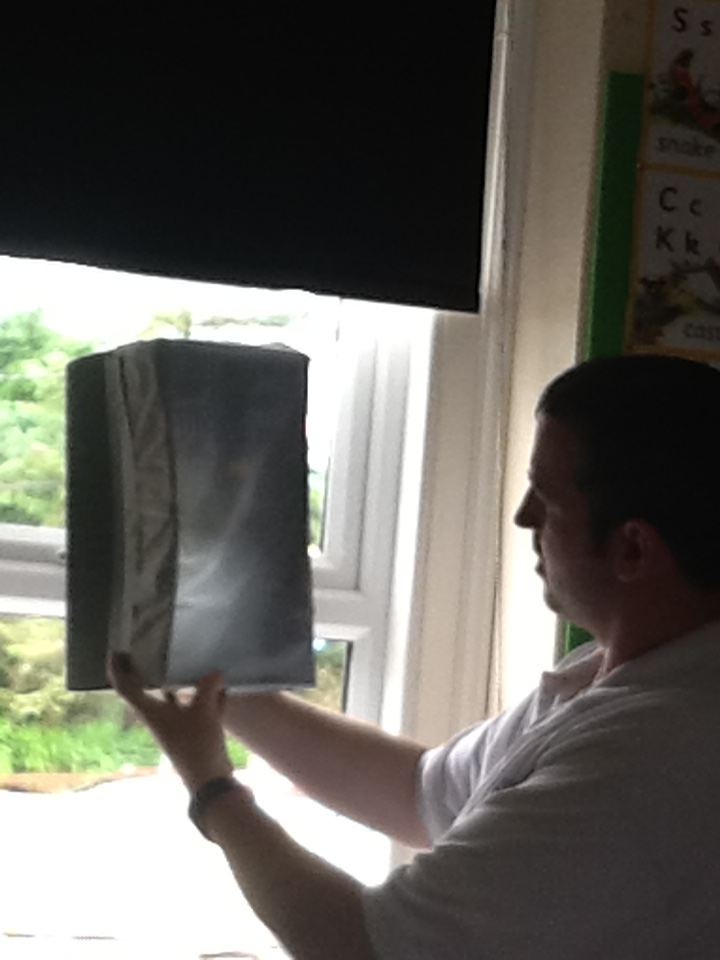 Yesterday we did science with Declan.

First he got a tin with a weight and elastic bands in it and anytime he rolled it it came back to him.